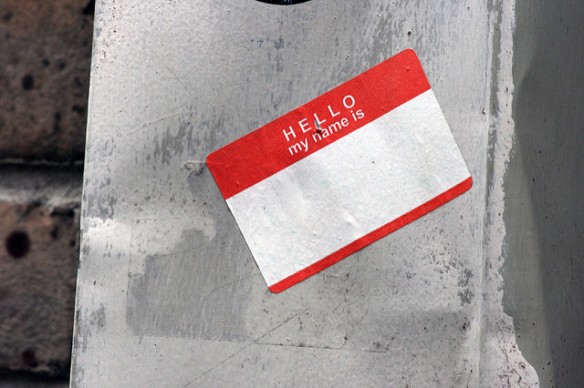 Below is a quote paraphrased from a textbook I am reading for a class in my MSW program. In the original quote, the author was speaking about about the effect applying labels from the DSM-IV can have on someone. However, in my paraphrase, I liken it to labeling of single expectant mothers:

“Once labeled a [birthmother], other elements of a [mother’s] character, experiences, knowledge, aspirations, slowly recede into the background, replaced by the language of symptom and syndrome. Inevitably, conversation about the person becomes dominated by the imagery of [adoption] and relationships with the [expectant mother] re-form around such representations.

To the extent that [this] label takes hold, the [expectant mother], through a process of surrender and increasing dependence, becomes the once alien identification….These are not value neutral terms, either. They serve to separate those who suffer these “ailments” from those who do not; a distinction that if not physical (as in hospitalization) is at least moral. Those who are labeled, in ways both subtle and brutish, are degraded–certainly in terms of social regard and status.” (Saleeby, 2009, p. 4)

When people are labeled, they are degraded. They are separated from the group. They *become* the label. A woman is no longer “M., an expectant mother considering adoption.” She is a birthmother; no longer a mother, but something lesser, something less human not even deserving of a real label, but a manufactured one. She eventually surrenders to this label because it has become the dominant imagery she is associated with by others.  She assumes the role of birthmother because her own character, knowledge, aspirations–her identity–are swallowed up by the label.

If any woman was labeled a “birthmother” by an adoption counselor, attorney, social worker, hopeful adoptive parents, their own parents, friends, or their religious community before she terminated her parental rights, then she experienced a form of adoption-related coercive persuasion. Further, any one who labels an expectant mother a “birthmother” before her rights have been terminated (voluntarily or by the courts) is participating in coercive persuasion, whether they recognize it or acknowledge it as such.

If a person in a position of authority told you to deliver three 450-volt electric shocks to a person who had been in distress but was now non-responsive, would you do it?

Most of us would answer: No. Without any hesitation or equivocating, we would answer NO. We would not deliver three 450-volt shocks to a person once crying out for help who has now fallen silent.

How about if a person in a position of authority told a perfectly capable and competent mother (who happens to be single for whatever reason) to hand over her perfectly healthy (and darling) baby girl to complete strangers, would she do it?

While most of us would say NO, yet again. However, Stanley Milgram’s controversial yet ground breaking experiments in the 1960’s about obedience to authority figures indicate otherwise. His research shows, in fact, the vast majority of us would comply with the demands of authority figures, even when we voiced our concerns and protestations. His studies asked the question, “How far will people go to appease those they believe to be an authority figure?” His findings show the majority of us will go pretty far even when we believe it to be harmful and even when it is against our own moral and ethical code.

Many are already familiar with Stanley Milgram’s social psychology experiment about obedience, but as a refresher, here’s a brief video in which Milgram explains the purpose and design of the study:

Milgram’s study has gone on to be replicated thousands of time, across many cultures, age groups, ethnicity, and genders by numerous researchers. Here are some of the main conclusions drawn from the Milgram obedience to authority studies.

During the debriefing portion of the study, many participants reported they were in a state of extreme conflict. However, they continued to be compliant to the authority figure even though they were highly stressed, agitated, hesitant, and confused as to what they should do.  The mere presence of an authority figure giving directions on what they “must do” was enough to make them do something completely contrary to their own moral code.

One of the fundamental lessons of Milgram’s study is that,  “…relatively few people have the resources to resist authority. A variety of inhibitions against disobeying authority come into play and successfully keep the person in his place.”  (Stanley Milgram, 1974. Obedience to Authority: An Experimental View. New York: Harper & Row, p. 6).

These study findings can be applied to coercion within the process of a single expectant mother making an adoption plan. How many social workers, adoption counselors, and ecclesiastical leaders tell single expectant mothers it is “essential” or “part of God’s plan” to give her baby to more qualified people? How many times is a single expectant mother told there is “no other choice” if she ***truly*** loved her child, because adoption is all about love, right? How often are single expectant mothers told adoption *might* be somewhat painful, but it isn’t dangerous to them or their baby? How often do adoption agencies and religious groups assert their authority by using their credentials as evidence they know what is best for a mother and her baby? Most importantly, how often – especially in these days of open adoptions – are potential adoptive parents physically present in the delivery room or at the hospital (with the social worker) within hours of delivery, asserting their position of perceived authority and reinforcing the compliance of the newly delivered mother, simply by being physically present – even if they never say a word?

Just as the participants in the Milgram study did not have a gun held to their head to assure their compliance, no one has to hold a gun to the head of a birth mother to get her to sign the papers to voluntarily terminate her parental rights. Sometimes, all it takes is the social worker to show up at the hospital to shove the papers into her hands while she is still hooked up to an IV. Sometimes, all it takes is a bishop assuring a mother she is doing the “right thing.” Sometimes, all it takes is sitting across the desk from a judge, having him tell a mother what a wonderful gift she is giving the adoptive couple. The mother might be highly conflicted and hesitant about signing the papers and find herself in a state of high stress and agitation. However, she still signs them, even though it goes against every moral code she possesses and the fibers and sinews in her body scream at her not sign the papers

So why does she sign them? Because, according to Milgram, there is a person of authority from a venerated social institution, urging her on, tell her that adoption is “essential” to her daughter’s well-being and success in life, and assuring her though it might hurt for a while, adoption will do no long-term damage done to her or her child.

And so she picks up the pen, leans forward and signs the papers that forever sever her legal relationship with her beloved and precious daughter. Then in a daze, numb to all around her, she carefully lets herself out of the judge’s chambers and collapses in the courthouse elevator.

Dear Person Who Found this Blog by Searching for “Can I Force My Minor Daughter to Give Up Her Baby for Adoption in Utah?” –

I am going to try really hard to be as gentle as possible but I must admit, I am shocked a parent would search for an answer to that question on the Internet.  I would think a little prayer, a little fasting, a bit of long suffering and patience would give you better results than typing such a question into a search engine. (BTW, the answer would be NO, you can’t force her to do it, nor SHOULD you force her – at least according to the God I worship and the scriptures I read. Consult D&C 121:41 if you need a reminder).

I can only imagine you are an LDS mother, extremely concerned with avoiding the appearance of evil (something we Mormons are so keen on doing – it’s all about appearing perfect, isn’t it?), maintaining the status quo, and fitting in with the other ladies at Relief Society. You probably don’t know any other women whose daughters have faced a crisis pregnancy and you are just doing what you think you should be doing, what the culture there in Utah tells you that you should be doing.

I implore you to carefully read this blog in its entirety to see what she has in store for her, should she relinquish her child. To carefully read “Thinking of Placing Your Baby for Adoption? Think very hard” found over at [Birth Mother]First Mother Forum. Then go over to Cassi’s blog, Adoption Truth and read everything she has written there, then read every blog she had linked to on the side bar. Then go read every single post at Lost Daughters and every single blog that is linked to it to discover what your grandchild’s future will look like. Read “Lost and Found: The Adoption Experience” and “Journey of the Adopted Self: A Quest for Wholeness”, both by Betty Jean Lifton. Read “The Primal Wound” by Nancy Verrier, “The Baby Thief: The Untold Story of Georgia Tann, the Baby Seller Who Corrupted Adoption” by Barbara Bisantz Raymond, and “The Stork Market: America’s Multi-Billion Dollar Unregulated Industry” by Mirah Ruben. And after that, read every single memoir you can read written by a natural mother and an adoptee. There are so many good ones out there, take your pick, just start reading. Yes, it might take some time but you have a few months, right?

And then when you are done with all that reading, ask yourself, “Am I the kind of mother that would want to force this life on my daughter and my unborn grandchild? Or is there something I can do to help my daughter become the mother God has ordained her to be when He sent her this baby at this point in her life? What can I do to help her feel supported, loved, and capable? What can I do to preserve our family?”

If you can come to a knowledge of the true toll adoption extracts from natural mothers and adoptees and still ask, “Can I force my minor daughter to give up my grandchild for adoption?” then you and I are simply cut from different cloth. Simply put, we worship different Gods, even if we belong to the same church. If you still want to force your daughter to give your grandchild away, then we are not of the same religion. My God teaches me that pure religion is this: to visit the fatherless and widows in their need. Not to remove the fatherless from their mothers under the guise of the “loving option of adoption.”

In the meantime, I will pray for you that your heart will be softened and that you will allow mercy and grace to have a place at your family dinner table. More importantly, I will pray for your daughter and your unborn grandchild that they will find someone who will love them and support them, regardless of how they ended up in the situation they are in (a la Quinten L.. Cook and President Hinckley’s counsel at two different conference sessions).

P.S. Be sure to read Job 24 about what happens to people who pluck the fatherless from the breast. Something about corn being cut down and stuff like that.

What I Write About