The Doctrine of Transferability states:

“When a man and a woman are married in the temple for time and all eternity and then separate, the children will go with the parent who is justified and who has kept the covenants. If neither of them has kept his covenants, the children may be taken away from both of them and given to somebody else and that would be by virtue of being born under the covenant. A child is not to be sealed the second time when born under the covenant, but by virtue of that birthright can be transferred. (Questions Frequently Asked About the Temple and the Endowment. Salt Lake City: The Church of Jesus Christ of Latter-day Saints, 1981, 10).

Should anyone be wondering why LDS first mothers are such a hot mess most of the time, this is a perfect example of why. This is what we were taught from the time we were small enough to sit on our mother’s laps. That if we aren’t perfect, we deserve to loose our children. Not only do we deserve it, but we should expect it, too.

LDS first mothers have been taught since our youngest days that if any parent isn’t righteous enough, he or she will have their children taken from them in the next life and transferred to someone else, some more “qualified” and “worthy” couple. The pattern has already been set in our doctrine – we are mere players on a stage at this point. Parents that are “unrighteous” in this life lose their children and the more righteous (and infertile) ones feel perfectly justified in facilitating the transfer of those children into their family. After all, it is a pattern God has set forth for the eternities. Why not help Him along right now?

A while ago, a dear friend asked if I had a particular book in my personal library. I emphatically told this friend NO, I did not have it and exclaimed this book should just go away. I am not typically into banning books, but there is one book in particular that will NEVER be on my shelves ever again. 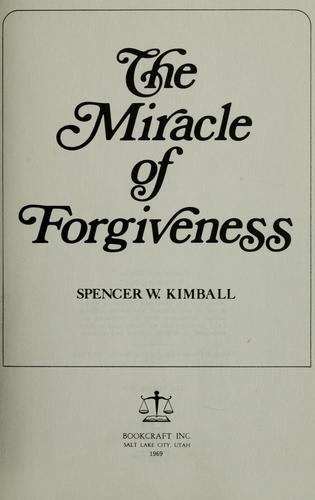 More than any other book I have read or will likely read in my lifetime, this book was the catalyst to the near-destruction of my already broken heart. It was a death-knell to my spiritual, emotional, and mental health. In my “old age,” I am not shy about telling people how I feel about this book and the devastating effect it had in my life, damage that reverberates through generations and into the eternities.

Back to my friend, though.

After I told her I didn’t have the book, she borrowed it from another church member who did have it. She read it, then reported back to the bishop about it. My friend also mentioned to our bishop my feelings about the book, to which he replied I most likely felt that way because of past sins or errors in my life. Setting aside the breach of trust and confidentiality on both my friend and bishop’s part, I felt a need to explain myself and perhaps illuminate his understanding about the damaging nature of this book.

I share with you parts of the letter I wrote to him regarding my strong feelings about this book and its effect on my life [edited for grammar, because I was in a bit of a tizzy when I wrote it]. Perhaps it might help others understand the cultural context and time in which my lost daughter was conceived and born.

When I look back on the string of events in my life, beginning in August 1989 when my sister died until April 1993 when I signed the TPR, I am astounded I survived.  Especially with ecclesiastical leaders like I had at that point in time, leaders who blamed me for rape and didn’t believe the abuse allegations, either. Leaders who told me  relinquishing my daughter for adoption was an outward sign I had truly repented of premarital sex, who said if I *really* loved her, I would let her go to a two-parent home. Leaders who told me I was being selfish for wanting to raise my daughter.

[My BFF] told me that she talked with you yesterday and shared with you how I feel about the book, “The Miracle of Forgiveness.” She then reported you said I felt that way because my past sins and mistakes made me feel “uncomfortable” with it (or something like that). I wanted to clarify my negative feelings towards the book have NOTHING to do with MY past sins and mistakes, but EVERYTHING to do with the message sent to rape and incest victims.

Let me set the scene for you: My natural father molested me. In Young Women’s, when virtue was discussed as a value, THE VERY FIRST scriptural reference is one regarding the rape of Nephite women (see https://www.lds.org/young-women/personal-progress/virtue?lang=eng as well as Mormon 9:9).

Now, our ADULT brains and reasoning can understand that whomever selected a scripture about rape causing a loss of chastity and virtue for THE VERY FIRST REFERENCE didn’t intend to harm, but merely to make an illustration. However, as a young woman who had suffered mightily at the hands of my father who “deprived” me of my chastity and virtue, this cut like a knife and sent a message that I HAD DONE SOMETHING WRONG by allowing it to be taken from me.

Fast forward three years. I was 17. The Relief Society President’s 27-year old son raped me. My sister had just died and my parents marriage was imploding with the revelation of my father’s sexual abuse of his daughters, so I turned to a man I thought I could trust for help, my bishop. Do you want to know what he did? He didn’t call the police. He didn’t report the man for rape of a minor. He didn’t tell my parents. He put ME on probation and had ME read “The Miracle of Forgiveness.” His reasoning was that I MUST be responsible for my “part” in the rape. Imagine the soul-crushing effect it was to read these words, penned by a not-yet-prophet:

“Also far-reaching is the effect of loss of chastity. Once given or taken or stolen it can never be regained. Even in a forced contact such as rape or incest….It is better to die in defending one’s virtue than to live having lost it without a struggle.” ( p. 196)

“President David O. McKay has pleaded: Your virtue is worth more than your life. Please, young folk, preserve your virtue even if you lose your lives.” (p. 63)

Just to make sure the message was driven home that I WAS AT FAULT FOR THE RAPE, I was not allowed to graduate from seminary and I was also denied my Young Womanhood medallion, even though I had done EVERYTHING to earn it and had done NOTHING wrong except willed myself to LIVE instead of dying from the abuse and rape.

It has taken YEARS of therapy to forgive that bishop and to forgive myself for being a naive and trusting 17 year old. Obviously I should have gone to the police instead of my bishop with the rape. Instead of reading the Miracle of Forgiveness, a rape kit should have been done. Instead of banning me from seminary graduation and denying me my medallion, I should have been testifying against the man who raped me. But none of that happened because in that book, a not-yet-prophet said I should have died instead of “letting” my virtue be FORCIBLY TAKEN FROM ME. This same thinking is what lead Elizabeth Smart to stay with her kidnappers until she was rescued. She had been taught the same things, taught the she was a chewed piece of gum and should have fought to the death before she “let” that man rape her.

My adult mind now understands virtue is NOT the same as virginity. My virtue – or in other words my goodness, righteousness, morality, integrity, dignity, honor, decency, respectability, nobility, worthiness, and purity – CANNOT be forcibly taken from me or from any other rape or molestation victim. The book, “The Miracle of Forgiveness”  **VERY** plainly says that it can and THAT is what I take exception to. [Those passages perpetuate] the fallacy that if a woman is raped and lives to tell about it, she was asking for it and is somehow at fault.

What I Write About